Easily convert the oven temperatures in your delicious slimming world recipes using my easy to use conversion chart.

When reading recipes on different sites or in a cookbook you almost always stumble upon the fact that different parts of the world are using different temperature scales to tell which temperature to use when baking in your oven. I always try to include a selection of temperatures in my recipes but other websites particularly American ones don’t.

Fahrenheit is a temperature scale which was proposed in 1724 by physicist Daniel Gabriel Fahrenheit. 0 °F was established as the temperature of a solution of brine made out of equal parts ice, water and salt. 32 °F was defined as the temperature at which ice melts. Nowadays the scale is measured between two fixed points. The first one being where water freezes into ice (32 °F) and the other where water reaches the boiling point (212 °F).

Fahrenheit is mainly used in the United States and its unincorporated territories.

Celsius is a temperature scale that is used by the International System of Units (SI). It is named after the Swedish (yeah!) astronomer Anders Celsius. 0 °C is the point where water freezes into ice and 100 °C is the point at which water starts to boil.

What Is Gas Mark?

The Gas Mark is a temperature scale used on gas ovens and cookers in the United Kingdom, Ireland and some Commonwealth of Nations countries. It’s not clear how the term came to be, but it is known to be used as early as 1943. Gas Mark 1 is the equivalent of 275 °F (140 °C). Each time the gas mark increases with one (1) step the temperature rises with 25 °F (13,9 °C).

Our KFC Fakeaway is GREAT in the oven! 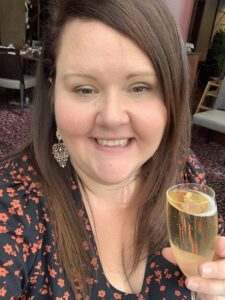 Welcome to my little nook of the web. I started Fatgirlskinny back in 2015 when I joined Slimming World. I wanted to share my creations to help inspire others. My husband, 2 boys, 2 cats and I live in Scotland where we enjoy cooking together. Favourite things include travelling, eating, crafting and gaming.